On 25 April 2015 at 11:56 local time a 7.6 magnitude earthquake struck Barpak, about 76 km northwest of Kathmandu. It is estimated that the lives of eight million people, almost one-third of the population of Nepal, have been impacted by these earthquakes. The destruction was widespread covering residential and government buildings, important infrastructure including health posts and hospitals. This affected the ability of these facilities to respond to the healthcare needs of vulnerable populations, including disaster victims, particularly in remote areas. The overwhelming share of damages and losses was borne by the public sector. The Government of Nepal has adopted a three-pillared strategy for recovery and reconstruction that covers the immediate term (until mid-July 2015), intermediate term (over Financial Year (FY) 2015/2016) and medium term (FY 2015/16 to 2019/20). The oversight and implementation of recovery projects in the health sector is currently conducted by two authorities: the National Reconstruction Association (NRA) and the Ministry of Health and Population (MoHP).

The German Government has provided the Federal Democratic Republic of Nepal 25 million EUR as grant funds in the framework of German Financial Cooperation (FC) to recover infrastructure which has been damaged by the series of earthquakes in 2015 (Program Recovery Nepal, BMZ 2015 68 122). During the Government Consultations in May 2018 the governments of Germany and Nepal agreed to shift EUR 10m from the initially foreseen component to recover local infrastructure to rehabilitate health infrastructure as a whole. It is understood that available budget is capped at EUR 10m for investment measures including consulting services and accompanying measures in total.

management4health GmbH, together with MEH Consultants (P.) Ltd. has been awarded the contract for implementation of the project FC Recovery Nepal: Health Component, Phase II.

On the 14th of October, m4h kicked off the project with a Kick-off meeting at the MoHP and discussed and agreed on the general roadmap for project implementation, despite the difficult global situation regarding the Corona Virus Disease. 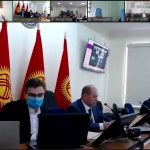 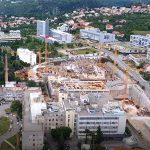