24th March is World TB Day. The theme this year is ‘Invest to end TB. Save Lives.’.

Tuberculosis (TB) continues to be one of the greatest global public health challenges. Countries in Eastern Europe and Central Asia face particularly high burdens of TB, including multidrug-resistant TB (MDR-TB).

How The War Has Affected Tuberculosis in Ukraine

Ukraine was already grappling with Tuberculosis, having one of the world’s highest burdens of multidrug-resistant (MDR) TB. An estimated 32,000 people there develop active TB each year, and about one-third of all new TB cases are drug resistant. 22% of people in Ukraine with TB are infected with HIV, and TB is the leading cause of death among those living with HIV. Adding to the brutal, the Ukrainian people are facing an onslaught of infectious diseases. With health facilities and roads reduced to a rubble, access to diagnostic and treatment for Tuberculosis is being interrupted, which will add to the already high burden. #StandwithUkraine

In 2015/2016, m4h and its partner Project Hope, worked with the Government of Ukraine in planning alternative TB services delivery models. This project mainly focused on building human and systems capacity as well as political support for TB control and getting sustainable financing. The concept was build around shifting the management of TB from a hospital-dominated model, where management takes place largely in isolation from the primary care system and the wider community, to one embedded within communities and led by the primary care system. (Read More)

This year is a critical year in the global fight to end TB as we countdown to reach the funding target determined in the UN High-Level Meeting (UNHLM) in 2018. Due to the disruptions caused by the COVID-19 pandemic over the last years the TB mortality rate has increased. Over 4,100 people die due to TB every day. An annual funding of 15 Billion Dollars for TB was promised by world leaders at the UNHLM to put an end to this airborne preventable and curable disease. However, 9 Billion of the promised funding is still to be obtained.

Without adequate financial resources, we cannot win the fight against TB and reverse the severe impact of COVID-19.

We call on leaders to fulfill their promises & increase resources for the national TB responses. Spread the word! #WorldTBDay #InvestToEndTB #EndTB 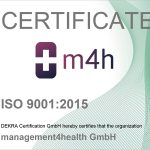 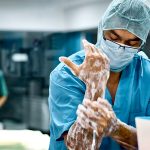