From June 26 to July 9, m4h hosted a high-level delegation of the Ethiopian Health Insurance Service (EHIS) headed by the General and Deputy General Director of EHIS. The Ethiopian Federal Ministry of Health was also represented in the study tour through their Director of the IT Department.

Germany was chosen as the host country for the study tour. Nevertheless, its focus was European-wide, aiming specifically to introduce the participants with the health insurance ecosystems and the supportive information systems of three European Countries: Germany, Croatia and Estonia. Each day of the study tour was conceived as a workshop where the participants attended one or more keynote lectures and then engaged in discussions with the purpose of identifying best practices and lessons learned relevant for the Ethiopian context.

The study tour was concluded with a two-day workshop where lessons learned and best practices were discussed in the context of the two in-depth assessments that were just completed, the technical and functional assessment of the Ethiopian Health Insurance System. The outcome and recommendations from the assessments that have been previously discussed with the various department heads who were present, were discussed in a roundtable format and important decisions were made for the future of the project.

The delegation has a call with IN2 Grupa, to understand the Croatian health sector software programme. They work with hospitals lab insurance companies and healthcare institutions to manage the information systems and e-health systems in Croatia. 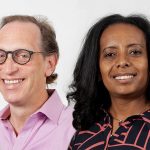 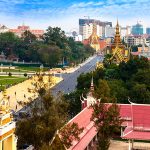