The main objective of the project is to contribute to the strengthening of primary health care at selected locations in Eastern Ukraine.

Establishment of patient-friendly and energy-efficient renovation of infrastructure and the provision of medical equipment at selected project locations in the five targeted oblasts.

Within the framework of the German-Ukrainian co-operation, the Ukrainian Social Investment Fund (USIF) and the German Development Bank, KfW have signed additional Project Agreements to fund the “Improvement of Rural Basic Health Project” (USIF VII). We, m4h, were the International Consultant for Phase VII of the project, which was scheduled to conclude on 30.04.2023 but was postponed due to the Russian invasion of Ukraine (IC).

As in previous phases of this Project, there were expected to be immediate and indirect benefits for internally displaced persons (IDPs) fleeing military clashes between the Ukrainian government and armed separatists as a result of the improvement and rehabilitation of existing social infrastructure in the Project region.

In May 2022 it was agreed between USIF, KfW and m4h to combine the measures remaining under USIF VII into the ongoing Consulting Contract for the successor USIF VIII phase, as due to the continuing conflict the scope of intervention is very unclear to this point.

The Project itself has three distinct, yet interrelated components:

This includes in detail:

Up to February 2022, USIF, supported by m4h, had commenced activities for 38 SPs, though in different stages of completion and further achievements at the central level as follows:

After the Russian attack on Ukraine, it has become clear that the project cannot be finished as planned. m4h is supporting USIF to re-develop the scope of the intervention and to supervise all activities still possible during the war, including construction works in areas still under control by the Ukrainian Government.

Related Projects
Our services
Our mission 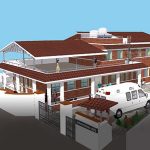 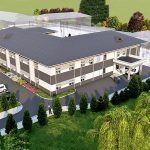